From 2015 to 2019, CECOMP developed the WEEVIL R&D project at the European level (HORIZON 2020) aimed at the realisation of a new urban vehicle, i.e. a new L-category of three-wheeled vehicle that would be silent and energy efficient. The work carried out by CECOMP and its partners enabled the construction of a vehicle that is safe but at the same time attractive to the public, so as to minimise the barriers to its use.

WEEVIL’s innovative concept was made possible through a structure made of composite material and the use of a new production technology belonging to the Additive Manufacturing branch, called SLS (Selective Laser Sintering). 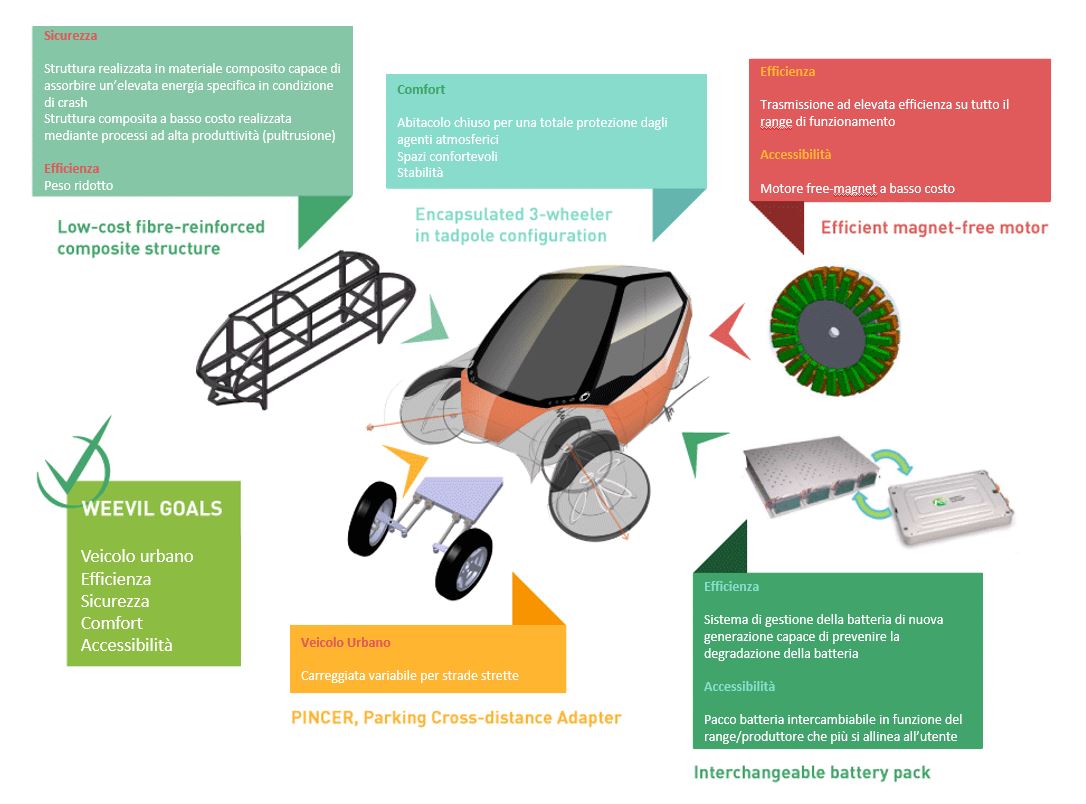 In addition, a PINCER (Parking Cross-distance Adapter) vehicle width-adjustment mechanism has been adopted to provide the driver with an incredibly agile vehicle capable of navigating narrow roads, moving easily through traffic and reducing the space needed to park. The variable-width mechanism, by exploiting its characteristic Y-shape and the action of the lateral forces exchanged between the wheel and the road surface, allows the vehicle to reduce the track width when travelling at low speed. 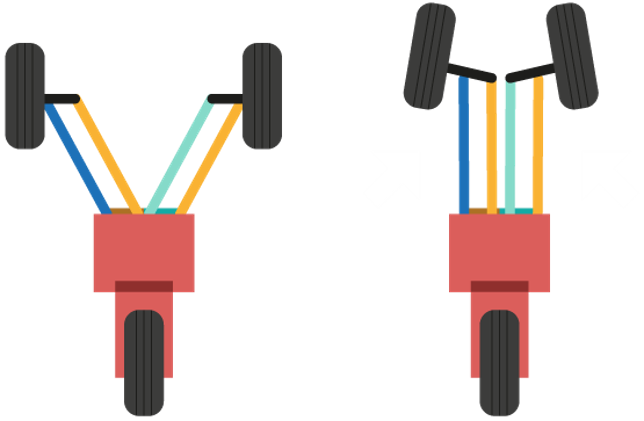 For the development of the research project, CECOMP was responsible for the manufacture, supply and assembly of the electric vehicle (EV) sub-systems and their mutual integration to build the EV prototype (Fig.3), demonstrating the key role assumed in contacting the various suppliers and partners. At the end of the realisation phase, numerous results were gathered, knowledge and know-how acquired by the company, with an enormous potential for exploitation that can be extended throughout Europe. In this respect, with a view to future industrialisation, the CECOMP technicians wanted to draw up business and replication plans for the model, promoting a “culture of innovation”.

Overall, the development of this European EV initiative has led to a significant expansion of the car fleet with clear benefits in terms of air quality, noise and environmental protection, as well as a reduction in traffic congestion and a potential domination of European industry in this type of market.

This project has received funding from the European Union’s Horizon 2020 research and innovation programme under grant agreement n° 653926.
Funded by: H2020-EU.3.4.